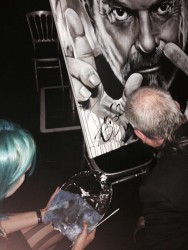 I painted him at speed during the evenings events at the National Film and Television School gala. A fabulous star studded evening, diner, show and auction to raise funds for future creative industry talent. 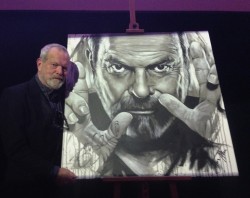 Mr Gilliam thought the portrait was amazing and loved the style of it. He signed the painting along with me. It was then auctioned by Lord Harry Dalmeny and raised a fantastic £6000 for the school. A great result as my painting was up against some tough competition: a set form the Lego movie, Lara Croft’s costume and a Dalek!! 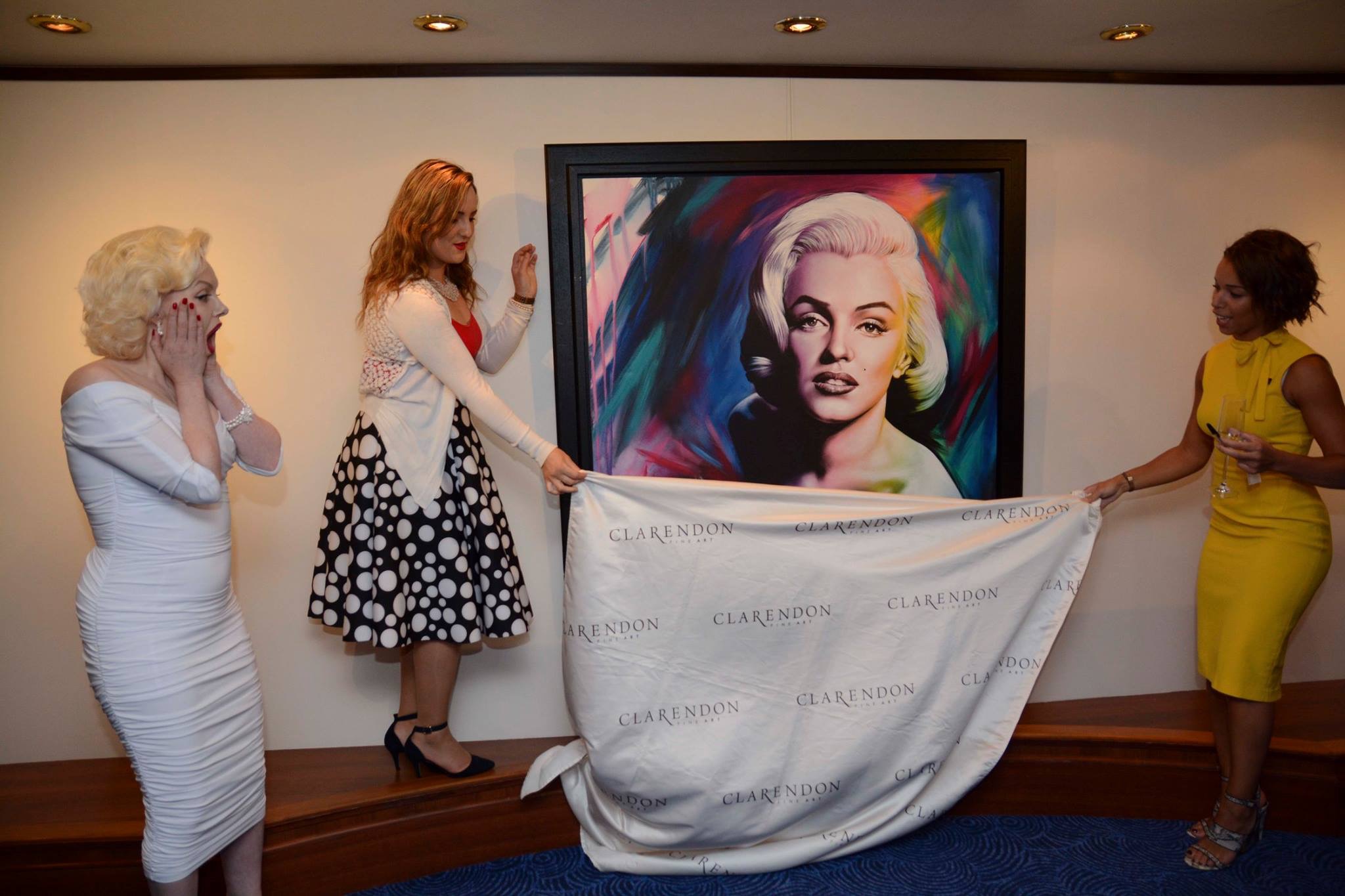 News Update; My work has been on-board the prestigious Queen Mary II which has been celebrating the late, great Marilyn Monroe.  The […] 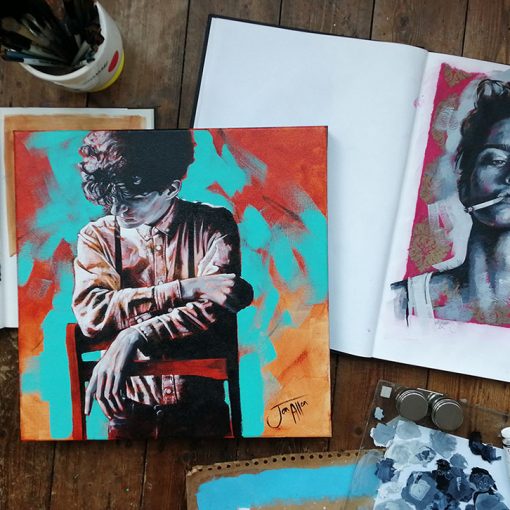 This blog post is excerpts from some of my previous Newsletters. If you would like to receive these emails at the time […]

Watch a Jen Allen painting in progress. In this video Jen shares with you the tools and supplies that she uses to […]

Yes, my all-singing-all-dancing VIP Private email list is now live and kicking! Please sign-up today via the yellow drop-down box at the […]